Artificial sweeteners. You may be familiar with that term from food packages, diet alternatives and the media?

My family, Mum in particular, is someone who gives me an awful time for consuming diet fizzy drinks. I don’t think I exaggerate when I say that ANY time I am spotted with a can of diet something or other in my hand, which may I add isn’t even a daily occurrence, I am shunned. No. Really. I am. “I can’t believe you would drink that cr*p…. I am amazed at you” and the abuse goes on. Now some of you may be sitting in shock too to think, that me, Kate the nutritionist, has been drowning my body with impurities, but let me explain to you why I don’t think it’s the worst thing in the world.

Since the beginning of time (fair, slight exaggeration) fizzy drinks have come under fire. In my opinion, this is understandable; they are cans of sugar that increase a person’s caloric intake which can, among other factors, cause a caloric surplus. This can lead to weight gain which in turn has its own health implications. Water is better etc. etc. However, for many people diet alternatives to our favourite drinks is also a big no no. The predominant reason being that they contain artificial sweeteners, or what are known as non-nutritive sweeteners.  Aspartame being the leading lady.

A quick look at Aspartame

Aspartame is made up of two amino acids; phenylalanine and aspartic acid as well as methanol. You’ll find it in many sugar-free and low-calorie products like drinks, desserts, gum and dairy products for example as a substitute to sugar for which it is 200 times sweeter than. Aspartame was approved all the way back in 1974 by the Food and Drug Administration (FDA) with the European Food Safety Authority (EFSA) following suit in 1994. This was after extensive research was carried out demonstrating that aspartame is safe for human consumption.

Did you know that our average daily intake (ADI) values are the amount of X we could have every day without causing any major health implications? The ADI for NNS is based off of the no-observed-adverse-effect level (NOAEL) value which is the amount of a substance one can have that is too low to cause any adverse effects. The ADI value recommended to us is set 100 times lower than the NOAEL number…

If it’s so safe, where did all these headlines we’ve seen on TV, in the paper and on the internet, warning us of the dangers, come from? Well, many trials conducted, showing a negative effect where done on rodents who were fed copious amounts of Aspartame, quantities that would never representative true levels of consumption by humans.

Animal studies have their use but translating the information obtained to humans can be a totally different story. The maximum recommended intake for Aspartame is 50mg per kg body weight. This is the equivalent to 18-19 cans of diet drinks. So, Mum, considering I have 2-4 diet drinks per week, if even, I don’t think there is much reason behind your stress? ?

Scientific studies done on aspartame and human consumption demonstrate no negative health complications relating to cancer, diabetes, nervous system functioning and body composition.  “The weight of existing evidence is that aspartame is safe at current levels of consumption as a non-nutritive sweetener” (Magnuson et al., 2008).

One newer area of research looks at gut microbiota and the impact that NNS may have on it. This is an area that is not fully understood, with the majority of research looking at mice and rat studies. Thus far there is an indication that a chronic use of NNS can cause gut microbiota to change which in turn can lead to glucose intolerance. As mentioned, a lot more research into this area is needed but important to note as it is an area that we may need to pay more heed to later down the line.

I say Aspartame but what I mean is, diet drinks. For me, sometimes water doesn’t cut it when I fancy something sweet. But how can I have something sweet without increasing my caloric intake of any great significance? This is why diet drinks work for me. The same goes for clients who are monitoring their body composition or who are trying to lose weight even bodybuilders and bikini competitors alike. This is a solution to falling off the wagon and has been demonstrated in the research too. When looking at water versus non-nutritive sweetened (NNS)beverages over a year long period, in a weight management program, NNS demonstrated to be a far superior tool (Peters et al., 2016).  Being over-weight has far greater health complications than having a can of diet pop so if a diet Pepsi stops you from having a can of Pepsi, I don’t think there is any harm done? Same goes for non-caloric flavoured sweeteners that are now available by certain large nutrition companies, are they the solution to people eating more porridge and Greek yoghurt?

Just a thought, now back to the diet drinks malarkey…Some newspaper articles that were released not so long ago showing that those who are most overweight consume the most amount of diet drinks. One thing to query when you see headlines that are very much pushed to one side is to uncover where this information is sourced from. All studies done on NNS and weight gain in humans, have been observational to date. This is where they look at one group and draw conclusions based upon what that group have been seen to do.  Observation does not equal causation which is important to realise as it is a lot more likely that these findings are due to reverse causality. This is where those who have become overweight for other reasons (e.g. inactivity, excess calorie intake from calorie-dense foods), are now trying to lose some pounds and are doing are trying to achieve just that by now reverting to diet drinks.

Aside from what has been mentioned above, there are one group of individuals who need to be wary of aspartame. Those being individuals suffering from a condition called phenylketonuria (PKU). This is where one is not able to metabolise phenylalanine (amino acid) effectively. In this instance, it is recommended that PKU sufferers treat their intake of phenylalanine from diet or low-calorie foods and drinks as any other source of the amino acid.

For these reasons, some researchers and indeed evidence-based practitioners would say sweeteners have been demonised unfairly. I would have to agree. Sure, water is best for overall health but non-nutritive sweeteners do have a place, in my opinion, in certain instances as eluded to above. I don’t agree that foods and beverages containing aspartame and NNS alike should rule our diets but enjoying them here and there, I see no problem with.

So, don’t be so quick to hate on me for my can of diet fizzy next time! 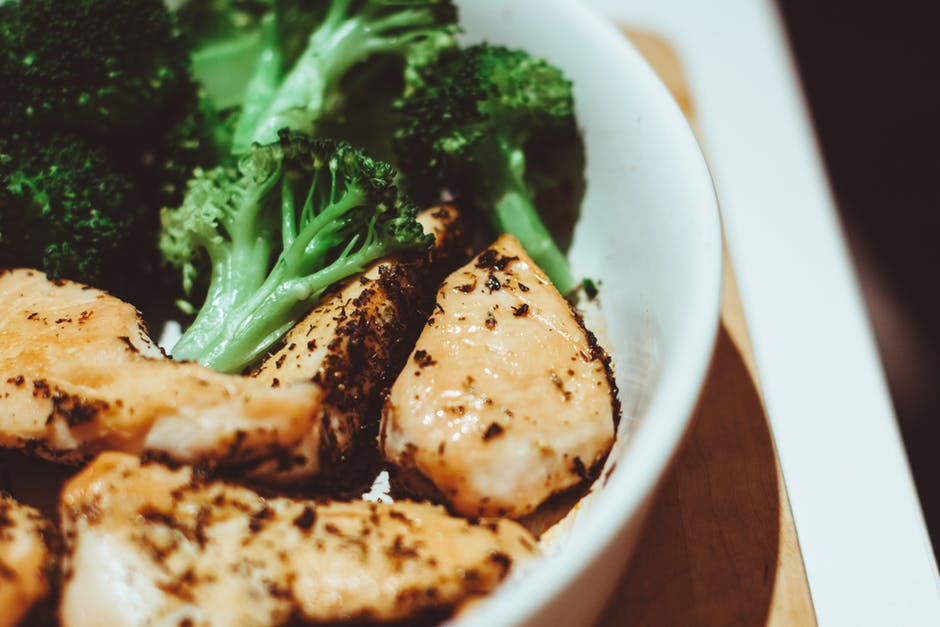 This recipe is so easy it hurts!! A delicious, wholesome meal that will come to the rescue of any novice in the kitchen.

What do I need?

Go on then, show me just how easy this is? 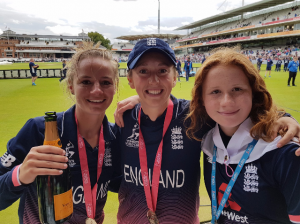 What made you choose Cricket?

In your opinion, what has been the most challenging part of your career thus far?

What is your greatest sporting achievement?

Who is your inspiration?

Do you have any advice for the younger Fran?

What is your current sporting goal and how do you plan on achieving it?

What direction do you see your career moving towards?

Do you have a particular mindset when approaching an important game?

Apart from your sporting achievement and athletic ability, do you think there are any attributes you have acquired over the years from sport that benefit you outside of sport?

What does it mean to you to be part of a team?

What is your advice to someone who has never played sport before and is considering taking one up?

Has cricket opened any doors for you?

*ECB = England and Wales Cricket Board